SPOTBOT’s cleverly targeted AI (artificial intelligence) software, when plugged into your CCTV system, cuts out 99% of false alarms. False alarms are a major safety concern in South Africa, as they can cause such annoyance that owners disable their CCTV system, leaving them without protection from intruders. 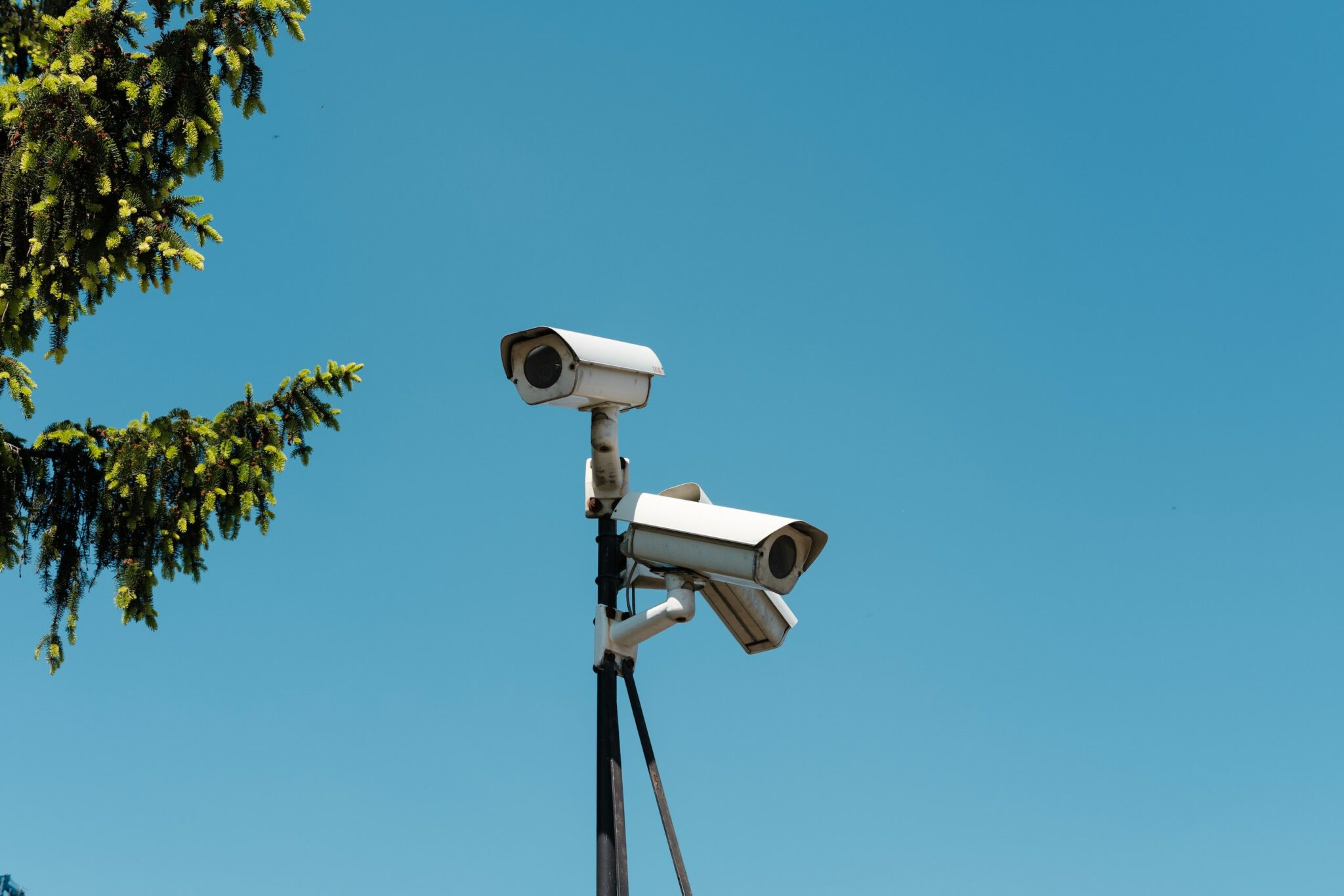 Photo by Michał Jakubowski on Unsplash

This means that a television feed is created that is not for public consumption, but can only be viewed by the CCTV system’s owner, or with their permission. When you buy a CCTV system, it usually comes with 8 cameras. These are positioned around the property like the eyes of automated night watchmen, so that they can surveil all points where the property might be breached by an intruder.

Each camera sends a constant video feed to a tv screen.

We have seen all this in the movies. Somewhere on your property you will need to have all 8 screens, so that from one central place you can monitor what your cameras are feeding you.

If your cameras are positioned well, you will now be able to keep an eye on any points of entry an intruder may come from. This is significantly easier than walking around your property protecting it yourself. If you see an intruder on your CCTV feed, you are now able to call for help without having to confront the person alone.

Generally, owners will alert a security service who will send around a car with agents who can apprehend the intruder. This describes the benefit owners are looking for when they purchase a CCTV surveillance system. Sadly this creates a new set of problems which need to be solved.

Monitoring is time-consuming and troublesome

As a property owner you are now faced with having to keep an eye on the constant camera feeds coming in. This is time-consuming and supremely boring work, as for the most part, you have to wade through monotonous hours of nothing going on. This is why CCTV tapes often end up stored, unwatched, in a dusty corner. Here you, as the property owner, may choose to relieve yourself of the endless task of watching your CCTV camera feeds by outsourcing the work to a security company.

Security companies can have their own disadvantages

While hiring a security company to do your monitoring may bring a much-needed break from the chore of monitoring, it still does not bring the owner total peace of mind. You would still have persistent worries at the back of your mind. Foremost, you would worry whether the employees at the security firm could maintain constant vigilance, and not ever get distracted or tired or ill.

Discretion and trust issues can be a nagging worry

Another concern for the owner would be more vague but also discomfiting, and that would be the feeling of being watched by strangers. No matter how professional and discreet those strangers were, there would always be the feeling that their eyes were on you. For example, a pool party enjoyed by family and friends might be a time when an owner would want to ensure safety and at the same time enjoy privacy from strangers.

Part 2. Adding a motion sensor to your CCTV camera system 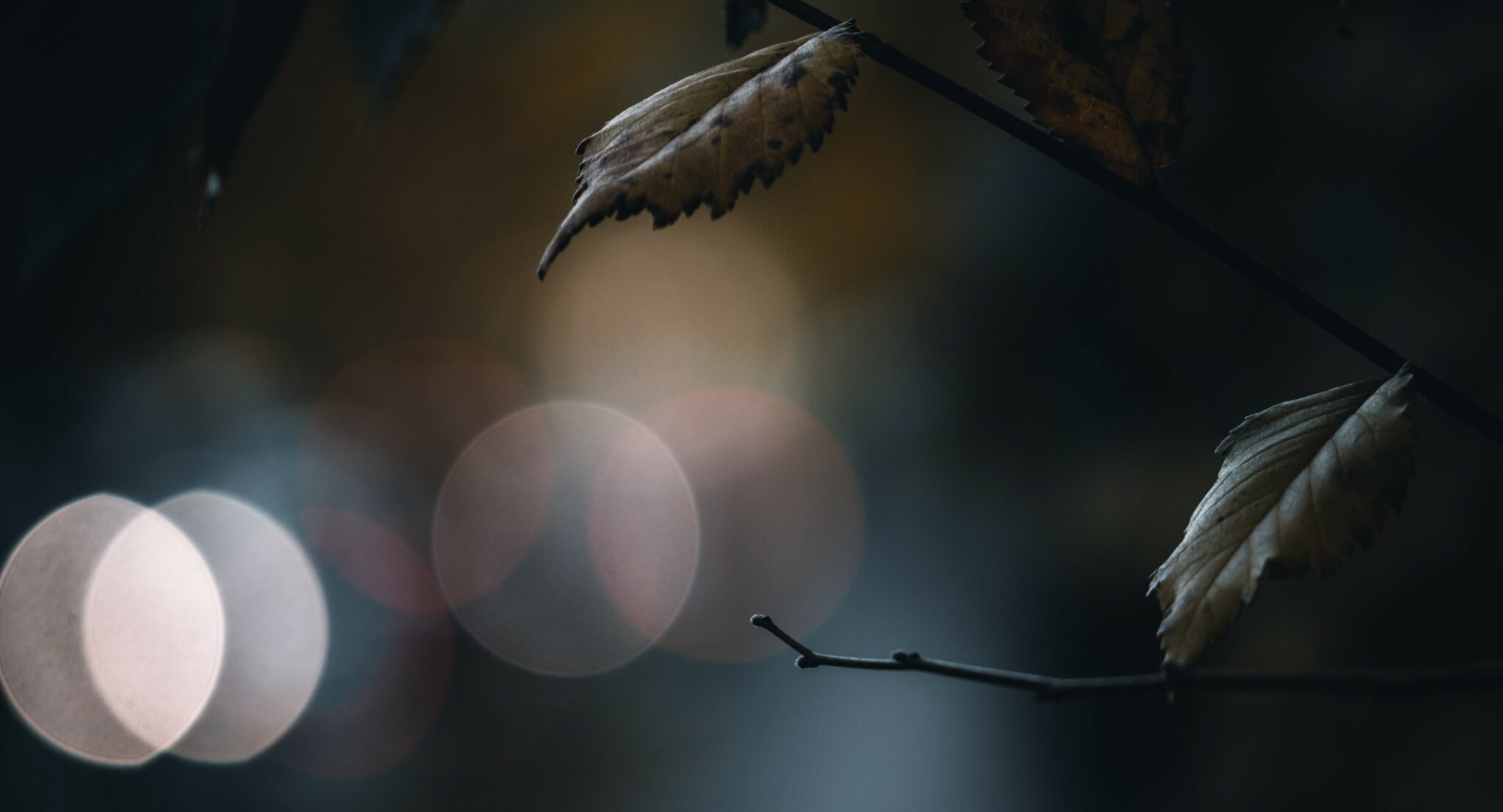 Photo by Erik Gazi on Unsplash

A motion detection system will trigger the alarm every time it picks up movement, and that movement is usually not an intruder. The movement is most often caused by the motion of leaves in the wind, or spiders crawling close to the camera, or pets playing around in front of the camera’s gaze. Motion detection system designs have been upgraded to a address some of these problems. However, many frustrations remain unavoidable.

Consider the fact that there is a cottage industry of consultants working with security companies to analyse why alarms are being triggered for no reason. There is a case in which a shop owner was woken up by her alarm at 3.46am every morning for weeks on end. The consultant was called in, and after much poking about and interviewing everyone related to the running of the shop, it was discovered that the air conditioning unit was set to start at 3.45am every morning.

As the air conditioner’s motor revved up, it would emit a gust of air that blew on a piece of fabric close to a CCTV camera. This was a motion that only occurred when the air conditioning unit started up in the morning. Thus it was not visible when the CCTV installation team came to examine the problem during the day.

Huge frustration can result in deactivating the CCTV system

A short recap of SPOTBOT’s history can explain accurately why this idea is so efficient, by following the logic that led to it.

SPOTBOT’s inventors, a duo of young engineering graduates, started out working with farmers in Eastern Gauteng to solve the problem of cattle theft. They tried numerous ways of using AI to track the stolen cattle. Then the big idea came.

The root of the problem is the intruder

They could prevent the need to use Ai to track stolen cattle by stopping theft in the first place if they redirected their AI to the root cause of the problem: the intruder. They focussed on spotting the intruder before they had a chance to steal the cattle. Thus, SPOTBOT’s AI software identifies the intruder only. This makes it possible to narrow down the complexity of the AI, as in most settings this will be a human form. In larger contexts like big farms where property like livestock is stolen, SPOTBOT can identify vehicles. 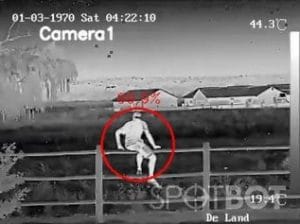 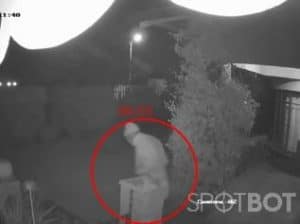 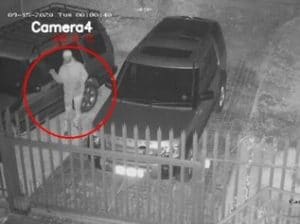 Artificial intelligence is hyped in a lot of movies which claim that it can do things which are not actually possible. Feel safe in the knowledge that SPOTBOT does not have a human brain which can make decisions.

Rather, it is designed to instantly take note of corresponding shapes. It compares the feed from each of your CCTV cameras with scans of significant parts of the human form. Images from a variety of singular human forms like ears, eyes, hands or legs, in different positions and from a variety of angles, are compared at the rate of thousands per second with the images on your CCTV feed.

Narrowing the profile of an intruder down to a human form or a vehicle has enabled SPOTBOT creators to reduce bulk and thus optimise on speed. SPOTBOT is thus able to tell within a micro-second whether enough matches have been made between your CCTV feed and the human/vehicle form to trigger an alarm.

SPOTBOT won’t be triggered by leaves, bugs, pets or fabric

Moving shapes that can confuse and trigger a conventional motion sensor do not raise any alarms with SPOTBOT’s AI. Moving leaves, curtains, pets or bugs are not identified as human forms by SPOTBOT’s AI, so they do not result in you being sent an alarm message.

Thus 99% of false alarms are eliminated, allowing you as the property owner to rest peacefully instead of being rudely awoken by a blowing curtain at 3.45am.

Because it is able to do this continually and at such tremendous speed, SPOTBOT can be trusted to trigger an alarm every time your CCTV feed shows an intruder. It can be trusted to replace a person having to monitor the feed. It is not only infinitely cheaper than paying a person to do this, but is also more reliable as it does not need breaks or get distracted.

This three-part explanation was intended to give CCTV camera system owners a thorough blow-by-blow understanding of how SPOTBOT is designed to bring them the peace of mind they long for.

This story only covers a basic explanation of how and why SPOTBOT so vastly outperforms other motion sensor devices designed to assist with AI monitoring of CCTV camera feeds.

Not just efficient at detection, also efficient to install and us

As one can no doubt imagine, the sharp insights of SPOTBOT’s inventors looked further than making it efficient at intruder detection. They also focussed on solving any other problems which may crop up, by making SPOTBOT very convenient to install and to use.

As one of SPOTBOT’s inventors commented, “We only see our customers once, because after that they have what they came for and all their problems are solved.”

We only see our customers once, because after that they have what they came for and all their problems are solved.

When tech really does save us time and money

SPOTBOT’s reliability is a breath of fresh air in an era of annoyingly fickle tech. Since the discovery of the strategy of planned obsolescence, many contemporary tools, from small smartphones to large vehicles, are designed to break down and require replacement, keeping us consumers in a perennial state of forking out yet more money to fix what we already have.

Honest, tough, reliable: it is what it says it is

The engineers who created SPOTBOT do not subscribe to the strategy of planned obsolescence. As South Africans, we are privileged to still have this ethos among us, that some of us believe in products being built to last. SPOTBOT is an example of this ethos. 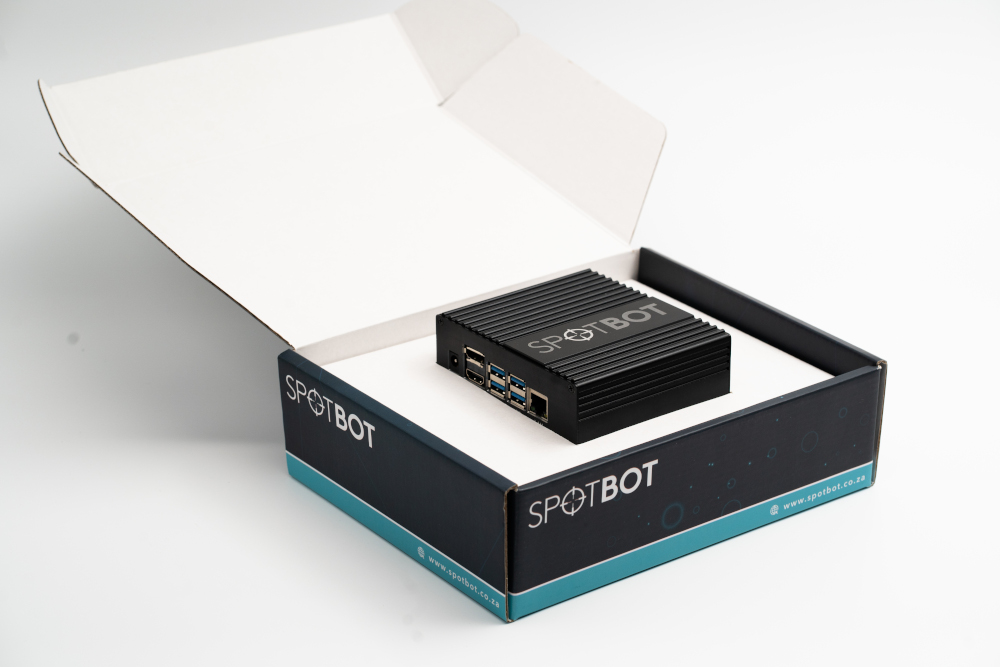